Reading Up On Liposuction Risks

Not long ago, liposuction was considered a top choice for the disposing of unwanted fat. Perhaps, this fat-removing surgery was so popular simply because it seemed as if there was no other alternative to ridding one’s self of excess weight. Many often feel that their shape is too “stubborn” to be burned off through diet and exercise. 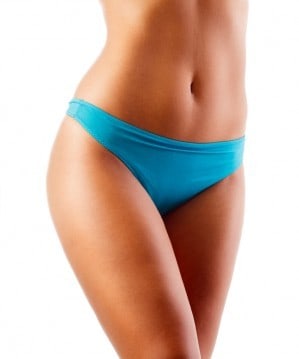 CoolSculpting™ has become a great success in the world of fat reduction due to its non-intrusive style. The procedure requires no incisions, no anesthesia and no injections. As a result, patients are able to avoid the pitfalls that come with the numerous potential side effects associated with liposuction surgeries.
DocShop.com is one of many websites that help to shed light on the risks and side effects that are associated with liposuction. Keep in mind that unlike CoolSculpting™, liposuction is a surgery that requires anesthesia and of course, incisions. With that said, there are clearly risks of infection or reactions to the anesthesia, as the website points out.

The site also notes that among the more severe risks that come with liposuction are blood clotting and fluid loss. The less severe risks involve bruising and scarring, not to mention skin numbness and changes in skin pigmentation. One must also consider his or her healing time when deciding to go under the knife.

By contrast, the CoolSculpting™ is truly nothing like liposuction. As the official website explains, a form fitting device cools the patient’s fat cells underneath the skin, freezing them to the point of elimination. Once the fat cells are crystalized, they die and are naturally removed from the body.

Some people have described their impression of CoolSculpting™ as “surgery without having surgery”. And perhaps, there isn’t a better way to describe it. After all, patients lose fat without the use of knives, suction hoses or needles. No scars are left behind and there is certainly no reason for any downtime.

If you are suffering from what is known as “stubborn fat”, you may want to freeze it away instead of cutting yourself open! It’s quite a blunt way to put it, but the facts are the facts. No matter what, it is highly recommended that you consult a certified professional when making the decision to undergo a procedure of any kind. That would be a cool idea!

CoolSculpting vs Liposuction in Kelowna BCArticles
Water Does The Body GoodArticles