CoolSculpting Your Body – Get The Body You Want

“You exercise. You eat right. You do everything you can to look and feel your best,” starts off this very informative, Australian-based YouTube video:

“The sad truth is, sometimes that just isn’t enough.” What is known as stubborn fat – the fat that just won’t seem to go away no matter what we do – is something that plagues a lot of us. It is especially bothersome during the colder months of the year, for some.

“It’s harder to work out in the winter,” confesses my friend Paula, “During the summer, there’s plenty to do outside so I enjoy taking a run or walk pretty often. But when it’s cold, I don’t feel like going out. The more I stay in, the more I tend to eat. So keeping my weight down is going to be tough soon.” Speaking about the fact that the end of summer is near, Paula expresses some reasonable concerns.

As the video mentions, however, sometimes it doesn’t matter how much working out you do. There are certain areas of our bodies – the love handles, for example – that just refuse to disappear with diet and exercise. CoolSculpting is a fascinating procedure that combats this type of stubborn fat. Through a process that freezes fat cells, the treatment helps for patients to contour their bodies in ways they’ve always dreamed about.

“CoolSculpting is a revolutionary new contouring treatment,” the video explains, “It uses the power of cooling to eliminate stubborn fat, the safe non-surgical way.” This perhaps, is one of the best reasons to consider CoolSculpting our body as a fat-reducing solution. Unlike invasive surgeries like liposuction, the procedure requires no cutting, incisions or anesthetics.

But is CoolSculpting your body right for you? Your best bet, naturally, would be to consult with your doctor. According to the video, this is the first step that all patients should take. The consultation will address your problem areas so that your doctor can create a treatment plan that will best meet your contouring goals. Once you’re ready for your first appointment to receive the treatment, a gel pad is applied to protect your skin. 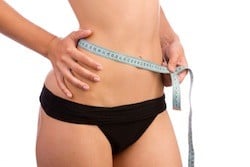 After all, CoolSculpting your body does employ a freezing process. Not to worry though! This revolutionary technology works based on the fact that fat cells freeze at different temperatures than other cells in your body. In other words, your skin and surrounding areas to those fat cells will not be harmed during the procedure. As mentioned, CoolSculpting is a lot safer than liposuction!

The treatment does involve some suction that the video’s narrator admits will feel like “pinching” in addition to intense cold. The treated area, however, will get numb so the strange “tingling” feeling subsides quickly. Patients don’t generally refer to the sensation as pain even if it is a bit uncomfortable at first. During the process, fat cells are targeted, destroyed by the cold and removed by the body naturally.

Over time, it becomes much more apparent that the stubborn fat areas aren’t so stubborn anymore. CoolSculpting your body produces slimmer, more contoured figures. And this only takes a matter of weeks. As well, each treatment is often no more than an hour. Is it time for you to give CoolSculpting a try? For more information, feel free to call DermMedica toll free at 1-866-861-3070, or if you are in Kelowna, call 250-868-3070.