Juvederm Is A Sweet Way To Look Younger

She was simply beaming. The jaws of life themselves would not have been able to extract the smile that was on my professor’s face when she arrived back in class after summer vacation. It was just about a year ago, but I remember it like it was yesterday. I certainly didn’t have the type of class I was expecting to have that day. 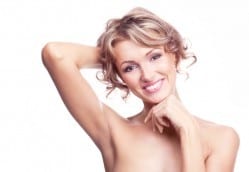 Sure, “Biology” was featured in the title of the course, but that didn’t mean we were going to jump into the curriculum right away. Although, I must admit that is what I was looking forward to. She did her best, mind you. “Okay, let’s concentrate on what we’re here for” she attempted a handful of times. I’ll give her credit, she did try to get a class going.

But, on this day, Jen – our fifty (how do you cover your mouth in a comedic attempt to feign a mumble when writing?) something year-old prof – was too busy fielding questions about how she got “younger” over the summer holidays! So instead of an introductory lecture on the world’s various living organisms, our class got a lesson inJuvederm.

You mean Lubriderm?”, one of the students clowned, remarking on how similar Jen’s 15 minute procedure and the popular body lotion sounded. You’d be surprised how many post-secondary students hadn’t yet put together that “derm” is short for “dermis”, basically meaning “skin”. “That’s why they are called ‘Dermatologists’ moron”, another smart-alec shot back.

Juvederm”, as it was explained to us, was an extremely quick and simple non-surgical procedure that worked to make skin look younger. Jen informed us that each of her visits to her Dermatologist had lasted under half an hour. During her visits, she received Hyaluronic acid injections. Also known as HA, this acid is actually a naturally occurring sugar in the body.

I won’t get into the comments some of the guys made about how much “sugar” they estimated some of their favourite actresses and models produced. HA’s job is to absorb water to keep skin full and healthy. The older we get, however, the less HA our bodies produce. “So you went and got yourself a shot of some sugar?” joked one of the boys.

Sort of”, Jen replied with a chuckle, “a Juvederm Dermal Filler is an injection that helps the skin to revitalize itself.” This is a fact that couldn’t be denied. Jen looked at least ten years younger, according to some the students. Her eyes had been rid of the dark circles and bags that most people attributed to Jen’s supposed lack of sleep.

The rest of her face had also lost that “hanging” type of look. She was all around a more youthful looking lady with much tighter and smoother skin than she had just a few months prior. I didn’t learn a whole lot of Biology during Jen’s first class…but I sure did have a lesson taught to me. Who knew that all it took to reverse the aging process was just a little bit of extra sugar?

How to treat Scarred SkinArticles
Erase Your Mistakes, At Least From Your Skin!Articles