The need to lose weight is shared by millions of people all over the world. And, seemingly, there are many ways to do so. People get gym memberships and commit to working out as often as they can. People watch the calorie content of the foods they eat and try to maintain healthy diets. And people continually look at themselves in the mirror trying to visualize their slimmer selves. Here are some CoolSculpting reasons below. 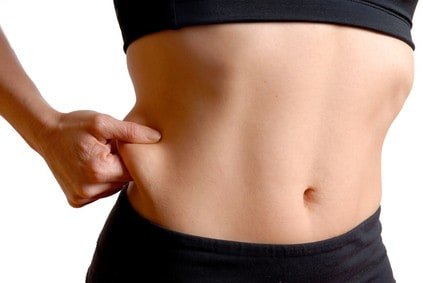 These methods can help, of course. But there are so many of us who need a little bit of extra help getting rid of what is known as “stubborn fat”. The areas of our midsections, thighs and backs can be especially difficult to get down to a contoured shape that makes us happy. This is where the incredible CoolSculpting treatment becomes so very helpful. There are 5 CoolSculpting reasons to try it out.

It Works!  What could be a better reason to give CoolSculpting a try? Years of research have helped to develop this treatment that is based on the scientific fact that fat cells are more susceptible to cold than other cells and body tissue. Therefore, they freeze at different temperatures than their surrounding areas, allowing the body to dispose of them naturally. This helps for significant slimming down.

It’s Not Surgery! Liposuction and CoolSculpting couldn’t be any more different from each other. With CoolSculpting, there is no cutting, no incisions, no anesthesia and no needles. It’s a completely non-invasive approach that uses a cooling technology to remove fat from areas where it is unwanted. As a result, the side effects that come with invasive surgeries like liposuction are completely avoided.

It Requires No Downtime! CoolSculpting has become known as a “lunch time treatment”. This is because patients have the ability to receive the treatment during their lunch hours. Not only does an appointment not take up an entire day, but CoolSculptinghelps to produce noticeable results very quickly. In as little as three weeks, patients will see improvements in their figures.

It Helps Several Areas! CoolSculpting doesn’t just battle your love handles. Patients have utilized the treatment to lessen the appearance of fat in their thighs and midsections as well. Treatments are made to focus on problem areas so that patients are able to develop the contoured figures that they desire. Say goodbye to muffin tops, bra bulges, back fat and banada rolls!

As this ABC Action News report about 5 CoolSculpting Reasons:

it reveals that CoolSculpting has been FDA-approved to tackle stubborn fat issues in the “abs, thighs, waist and hips.” But how does CoolSculpting work to actually help people slim down? “The fat cells die and over the next few weeks, the body finds the dead fat cells and naturally eliminates them through the body,” explains Loralee Koontz.

It’s Accessible! To find out about these 5 coolsculpting reasons, it’s as easy as calling DermMedica toll free at 1-866-861-3070, or if you are in Kelowna, call 250-868-3070. If you’re having issues with areas containing stubborn fat, CoolSculpting can work wonders for you. If you are working out and eating right and still not getting the slimming results you’ve been dreaming about, it may be time to give CoolSculpting a try!