The battle with unwanted fat is one that many of us are in together. But it is not uncommon for people to feel that the battle is one that can’t be won. This is especially true when it comes to “stubborn fat”. It has that name for a reason. There are many people who maintain healthy diets and exercise regimes. They watch what they eat and they work out on a regular basis. Your stubborn fat solution might just be CoolSculpting. 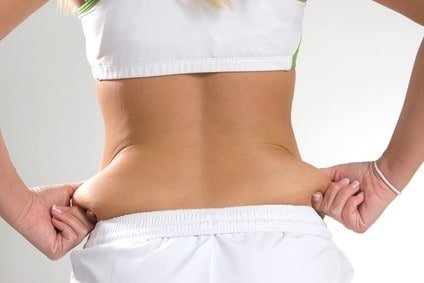 And yet they still suffer with such afflictions as “muffin tops”, “bra bulges”, “banana rolls” and “love handles”. How is it that we can follow all the rules to being healthy and fit and still have areas of fat on our bodies? “Stubborn fat”, it seems, needs a little bit more finessing to finally get the point that it is totally unwanted. And thanks to the FDA & Health Canada approved CoolSculpting  treatment, the battle can be won after all.

CoolSculpting is not liposuction. And that just happens to be the best thing about it. Unlike the invasive surgery that so many people feel is a last resort for fat removal, CoolSculpting involves no cutting, anesthesia, needles or injections. There is zero downtime as patients can return to normal activities immediately after receiving their treatments.

So if removing “stubborn fat” is so hard, why does CoolSculpting seem to make it so easy? An NBC 2 news report that can be found on YouTube attempts to explain the stubborn fat solution. Anna Frisella is a CoolSculpting recipient who is featured in the video. She openly discusses her reason for giving CoolSculpting a try. “I can work out all I want, and you just can’t rid of that stubborn pocket of fat,” she reveals.

But back to how “easy” it is for CoolSculpting to do the trick that good eating and working out cannot. The video’s reporter explains just how it works. “The non-invasive applicator attaches to the targeted area and cools the fat cells for an hour,” she explains. The doctor in the video describes the results as an “early cell death” for the fat cells that are being targeted.

Unlike liposuction, with this stubborn fat solution, no fat is being physically removed. Instead, the fat cells are being frozen. This kills the cells forcing the body to naturally dispose of them. So, over time, the fat is removed from the body without the body having to be cut open or injected. CoolSculpting is a much safer way to contour a body, as liposuction surgeries have been known to produce major side effects and injury.

So where do these fat cells go exactly? They are absorbed by the liver, reveals the reporter. Over the course of two months, the entire process significantly reduces the layer of targeted fat by an average of 25 per cent. But how exactly does it feel to have your fat cells frozen? “It’s like a strong vacuum suction of the skin,” describes Frisella, “kind of like cold air hitting your skin.”

So is CoolSculpting for everyone? Not necessarily. It is not a procedure meant to address obesity. “A lot of patients that are more near their ideal body weight with just small areas of fat, it’s perfect for them,” explains Dr. Kent Hasen, “A lot of times, they can get by with a single treatment.” For more information or to book a consultation, call DermMedica toll free at 1-866-861-3070, or if you are in Kelowna, call 250-868-3070.